In 2009 the show Ghost Hunters did an episode on the USS Salem and witnessed a lot of Paranormal Activity.  The recap from that episode is below, taken directly from the Syfy website.  You can watch the episode here. 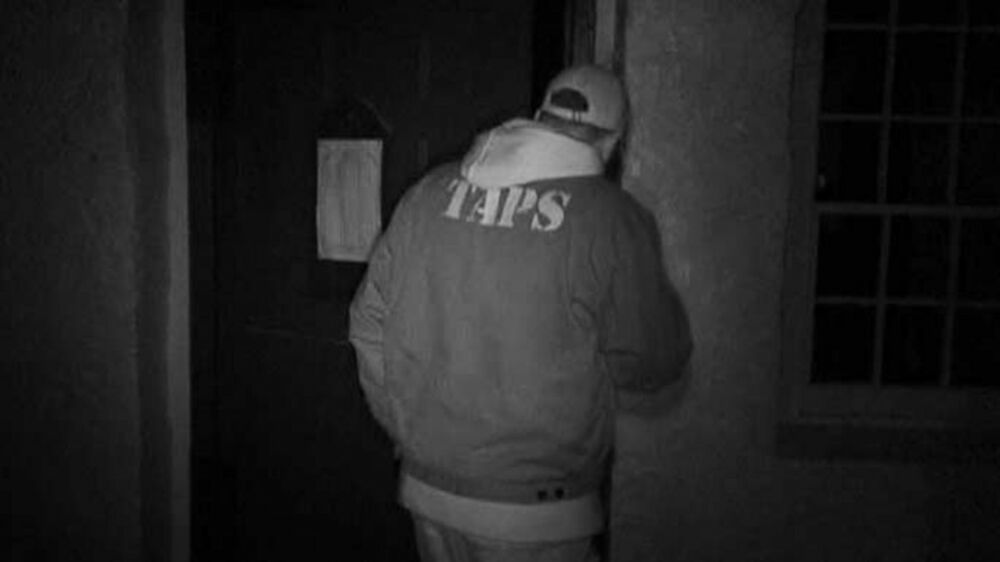 This week the team travels to Massachusetts to investigate the USS Salem. The heavy cruiser ship was built in 1945 toward the end of WWII. Presently, volunteers and crewmembers claim they've seen full-bodied apparitions and heard voices throughout the vessel.The investigation begins in the anchor room where John, an elderly volunteer, was found dead. Always a happy helper, John's spirit reportedly still lives on in this room and offers tours to anyone aboard the ship. Ghost Hunters Jason and Grant conduct an EVP session in the area and quickly find out that they are not alone. The two hunters hear footsteps and faint voices around them. So it seems that Johnóor another entity has claimed the anchor room as their space.

Meanwhile, Joe Chin, from the Ghost Hunters International team, and Amy analyze the operating/birthing room where volunteers say they've heard a woman yelling what sounds like, "Get it out!" Ouch. So, while Joe and Amy don't personally hear the woman experiencing labor pains, they do hear noises that sound like a metal chair being pushed across a metal floor. When they go to investigate the sound, they can't find any plausible explanation.

Then Dave and Steve head to the bakery. Toward the end of their time in the room, they start to hear banging noises from above. When Steve reaches up and touches the ceiling he feels a vibration. They deduce that it isn't the pipes, but rather some unknown force making the sounds and vibrations.

After reviewing all of the evidence gathered, the team assesses that here are high electromagnetic fields in certain areas of the ship that could be giving people hallucinations causing them to feel creeped out. But this doesn't explain away other evidence the crew found aboard the USS Salem, like the vibrations felt in the bakery or the figure that Jason and Grant saw in the sleeping quarters. Based on this information, TAPS gives the USS Salem the haunted stamp of approval.

Previous Is the USS Salem Haunted?